As fans will remember, when Abby was written out in season 15, she was not killed off.

Abby came close to death when a rogue terrorist attempted to assassinate her but they instead killed her co-worker Clayton Reeves (played by Duane Henry).

The scientist then worked with the NCIS team to find out who was behind this and helped get the man responsible to admit what they’d done.

But instead of returning to the NCIS team in glory, she made the announcement she was actually leaving the team behind. 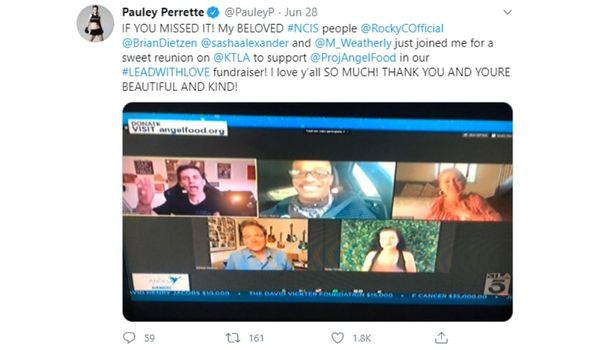 She said her emotional goodbyes and headed to England to accompany Reeves’ body to be buried next to his mother.

This exit left some fans wondering whether this would mean Perrette could ever return to the show to reprise her role.

This certainly would not be the first time something like this happened on the procedural after Ziva David (Cote de Pablo) made a comeback in season 17.

These hopes were ignited recently when Perrette reunited with some of her co-stars virtually, prompting reunion rumours. 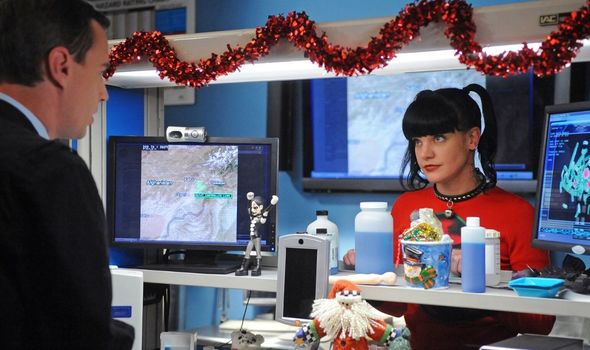 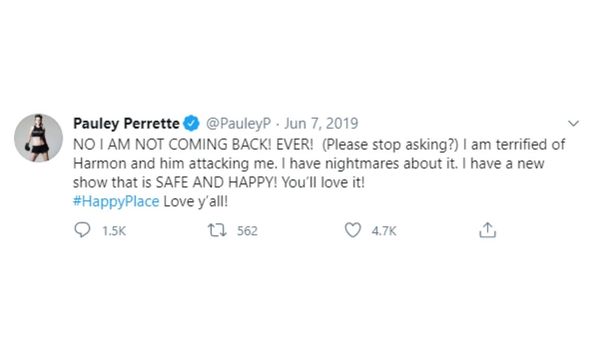 On June 28, Perrette tweeted about some of her former co-stars reuniting for a good cause.

She wrote: “IF YOU MISSED IT! My BELOVED #NCIS people @RockyCOfficial @BrianDietzen @sashaalexander and @M_Weatherly just joined me for a sweet reunion on @KTLA to support @ProjAngelFood in our #LEADWITHLOVE fundraiser!

“I love y’all SO MUCH! THANK YOU AND YOURE BEAUTIFUL AND KIND!”

The stars including Michael Weatherly and Sasha Alexander were aiming to raise money for Project Angel Food which is an American charity helping to deliver food to people impacted by serious illness.
And after they united, Perrette also tweeted about how much she enjoyed working with Brian Dietzen.

She wrote: “Thank you and I love you @BrianDietzen SO MUCH! And you’re one of the greatest actors I’ve been blessed to work with.”

The reunion sent fans of the show into overdrive wondering if this could mean Perrette may ever be back on the show.

However, it does not look like this is on the cards any time soon.

“I am terrified of Harmon and him attacking me. I have nightmares about it. I have a new show that is SAFE AND HAPPY! You’ll love it! #HappyPlace Love y’all!”

Neither Mark Harmon’s or CBS’ reps responded when reached for comment by People at the time.
Perrette reportedly left the show following a workplace grievance back in 2018.

In May 2018, CBS said in a statement: “Pauley Perrette had a terrific run on NCIS and we are all going to miss her.

“Over a year ago, Pauley came to us with a workplace concern. We took the matter seriously and worked with her to find a resolution.

“We are committed to a safe work environment on all our shows.”

Fans wanting to see more of the beloved actor can watch her latest CBS series Broke, which ran for one season on the network.

albania authority banking cartel cases competition conclusion consequences consumer contract contracts copyright economic electronic entities eu europen evasion health history insurance law legal life protection relations right tax trade uk
We use cookies on our website to give you the most relevant experience by remembering your preferences and repeat visits. By clicking “Accept”, you consent to the use of ALL the cookies.
Cookie settingsACCEPT
Manage consent

Any cookies that may not be particularly necessary for the website to function and is used specifically to collect user personal data via analytics, ads, other embedded contents are termed as non-necessary cookies. It is mandatory to procure user consent prior to running these cookies on your website.